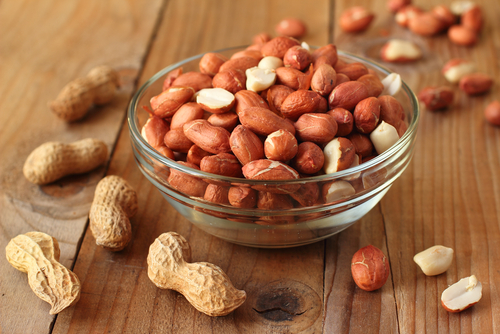 Is early introduction of peanut advisable? Learn what LEAP study has to say!

Early introduction of peanuts have long been a debate. Nevertheless, in the United States, the prevalence of peanut allergy has become four times rising from 0.4% in 1997 to more than 2% in 2010. Various theories on correct timing of peanut introduction to a infant's diet have emerged over the last decade.

In 2000, the American Academy of Pediatrics (AAP), the biggest organization of pediatricians in United States, recommended that introduction of peanuts should be avoided till 3 years of age for children with atopic background. However, in 2008, new guidelines from AAP suggested sufficient evidence was not available for delayed introduction of peanut, leaving the parents, pediatricians and allergists, all in limbo. Fortunately, this gave birth to one of the most amazing observation.

Researchers observed that Jewish children in the United Kingdom have a 10-fold higher risk of developing peanut allergy compared to Israeli children of similar ancestry. Moreover, they realized that while children in UK don’t consume peanut in the first year of life, Israeli children are typically introduced to a peanut-containing snack at about 7 months of age. The observation further revealed that children who were not given peanut-based products in the first year of life were at 10 times higher risk to develop peanut allergy before their first birthday than the children who were introduced to peanuts earlier in life inspite of being from same genetic background.

Groundbreaking results of the first randomized clinical trial to prevent peanut allergy, based on above observation, was presented at the annual scientific meeting of the American Academy of Allergy, Asthma & Immunology (AAAAI) in Houston. I attended the conference and learnt about great scientific advances in allergy and immunology from this meeting. The scientists suggested that consumption of a peanut-containing snack by babies at high risk for developing peanut allergy prevented them from developing peanut allergy.

This landmark study is called Learning Early about Peanut Allergy (LEAP). More than 600 children between 4 months and 11 months of age were enrolled in the LEAP study . Two random identical groups were made: Consumption group and Avoidance group. These children were reassessed at 5 years of age to compare the likelihood of developing peanut allergy. All these children were skin prick tested and orally challenged in the office before allowing them to consume peanuts on a daily basis at home. Severe allergic children based on these tests were excluded to avoid severe reactions at home. At 5 years of age, the children were given a peanut challenge by mouth to assess peanut allergy. The results were phenomenonal — overall, the prevalence of peanut allergy in the peanut-avoidance group was 17.2% as compared with 3.2% in the consumption group.

Moreover, early consumption of peanuts was found to be effective in both high-risk infants (with atopic background e.g. atopic eczema and/or egg allergy etc.) who showed no indication of peanut sensitivity (based on skin prick test) but also in infants who had slight peanut sensitivity (based on skin prick test). The results have been very impressive and have opened the doors for a great future for the children with atopic background. However, caution should be exercised. Children and adults, who currently have diagnosis of peanut allergy, should not attempt to introduce peanut-based foods into their diets without first consulting with their physician.

Despite these impressive results, several questions arise. Should we recommend introducing peanuts to all infants before they reach 11 months of age and how many peanuts should be given? The answer is not well known. The best strategy at this time (as per the editorial in NEJM by Dr. Sampson from Mt. Sinai) would be “to skin-prick test every infant between 4-8 months of age. If the test results are negative, the child should be started on a diet that includes 2 g of peanut protein three times a week for at least 3 years. If the results are positive but show mild sensitivity (i.e., the wheal measures 4 mm or less), the child should undergo a food challenge in which peanut is administered and the child's response observed by a physician who has experience performing a food challenge. Children who are nonreactive should then be started on the peanut-containing diet.”

We at The Allergy Group are always there for our pediatric patients and their parents to answer any questions. You can post questions on our Facebook page or call us at 208-377-4000 with concerns. We are excited for this groundbreaking research and look forward to having a great environment for raising children with decreased prevalence of peanut allergy. The LEAP study has definitely opened doors to that possibility!