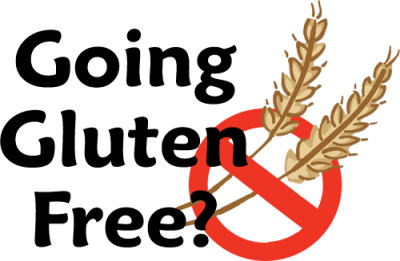 Gluten is a protein found primarily in wheat, barley, and rye.

Celiac disease is an autoimmune condition, caused by gluten in genetically predisposed individuals. Celiac disease can only develop in those with certain genes called HLA-DQ2 or DQ8. Thirty percent of the population carries these genes. If one does not have these genes, celiac disease cannot develop, but only a small percentage of those with the genes develop celiac disease. In susceptible individuals, gluten ingestion generates an inflammatory reaction predominantly centered in the upper part of the small intestine. Gluten-induced small intestinal mucosa injury will eventually reduce the intestinal absorptive area and interfere with the uptake of micronutrients, including fat soluble vitamins, iron, B12 and folic acid. Left untreated, celiac disease may lead to non-intestinal symptoms including anemia, chronic fatigue, osteoporosis, impaired spleen, infertility, neurologic disorders, skin rashes and cancer. The blood test available for celiac disease screening is serum immunoglobulin A (IgA) endomysial antibodies and IgA tissue transglutaminase (tTG) antibodies.The sensitivity and specificity of testing for IgA endomysial and tTG antibodies is greater than 95 percent. If the blood test is negative and there is a strong suspicion of celiac disease, small intestine biopsy should be considered. A gastroenterologist performs the endoscopy, a procedure which is done under sedation as a tube is inserted through the mouth and passed into the small intestine for observation and biopsy. Both the blood tests and the endoscopy need to be done while the patient is eating gluten for at least 1-3 months. Treatment of celiac disease is based on avoidance of food products that contain gluten proteins. It is essential that the diagnosis of celiac disease be confirmed before submitting patients to this therapy. Key elements to successful treatment include the motivation of the patient, the attentiveness of the physician to comorbidities that need to be addressed, and the assistance of a dietitian with expertise in gluten-free diets.

Non-celiac gluten sensitivity is a new syndrome of gluten intolerance. These patients have symptoms of celiac disease but their blood tests and endoscopies are negative or normal. The typical presentation includes abdominal pain, bloating, gas, diarrhea, along with headache, joint and muscle pain, lethargy, chronic fatigue, “foggy mind”. The patient has symptoms that usually occur after gluten ingestion, disappear with gluten withdrawal from diet and relapse following gluten challenge. The existence of non-celiac gluten sensitivity is controversial because there are no tests for it. It is not thought to be an autoimmune disease and is not associated with complications of celiac disease. It is important to know that celiac disease and non-celiac gluten sensitivity are different from having a food allergy.

Food allergy is an immune system reaction that begin shortly after ingestion of the food (a few minutes to an hour or so). Even a tiny amount of the allergy-causing food can trigger signs and symptoms such as hives, shortness of breath, lightheadedness or vomiting. In some people, a food allergy can cause severe symptoms or even a life-threatening reaction known as anaphylaxis. A food allergy is an immune, but not an autoimmune, reaction. An allergist can help you find if you have a true food allergy.